BACK TO NEWSROOM
Press Releases I Tuesday, November 16, 2021 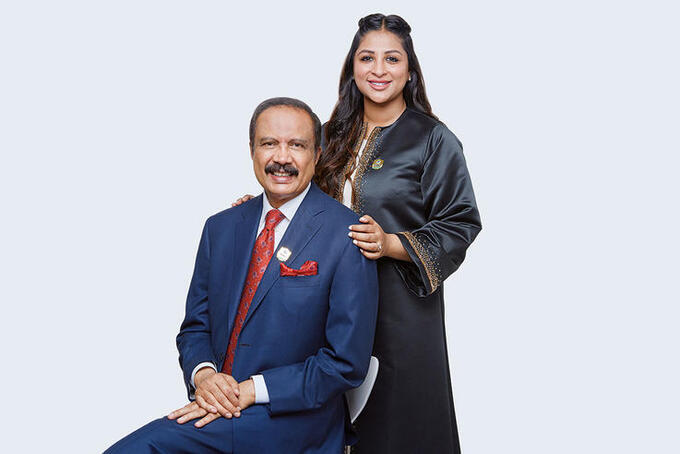 The company had last week posted an over three-fold jump in consolidated net profit at Rs 127.62 crore for the quarter ended September 2021.

Aster DM Healthcare is planning around Rs 900 crore capital expenditure over the next three years to expand its presence in India, as it looks at increasing the share of the revenue from the country to around 40 per cent of the total by 2025, a top company official said.

The company had last week posted an over three-fold jump in consolidated net profit at Rs 127.62 crore for the quarter ended September 2021. Revenue from operations stood at Rs 2,504.34 crore during the period.

Azad Moopen, founde chairman and MD at Aster DM Healthcare, said for the last few quarters, or even since the last one year, the firm has been very aggressively looking at India, so it knows that India is a market with huge potential which has got significant demand and supply gap...so it makes very easy to take that decision to look at India as the long term growth market for the company.

The company has been doing business in India but it wants to increase the pace of growth here, he added.

"Presently, about 25 per cent of our revenues are coming from India, we want to take it to 40 per cent or even more than that, and that is the plan we have. We hope that we will be able to reach this 40 per cent by 2025," Moopen said.

This target can be achieved earlier, say in three years, if the company is able to do some acquisitions in India, which is also being looked at if there is an appropriate opportunity, he said.

Asked how the company plans to fund the growth plans, including acquisitions if any in India, Moopen said, "it would be a mix of internal accruals and debt."

For the growth in India, Aster DM Healthcare is focusing on the hospital sector, and for this, the company is looking at metros, tier I, tier II and tier III cities. For tier II and III cities, the asset-light model is being considered, and we would like to partner with the hospitals which are already existing, he added.

The other segments for growth in India would be an expansion of the company's lab network and franchised pharmacies across India, Moopen said.

"Virtual care which is one area where we are significantly investing, so the virtual care and telemedicine, also will be rolled out across India. So in all these three areas, the expansion will be pan- India, whereas when it comes to hospitals it will be more south focused," he added.

Speaking on the vision behind Aster DM Healthcare, Moopen said, it is actually a passion to provide good healthcare to the people that the company is taking care of.