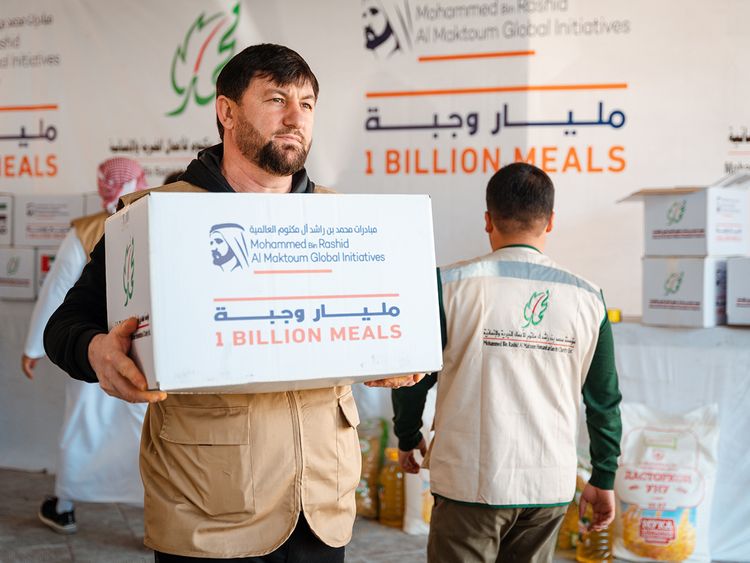 '1 Billion Meals' campaign is the largest humanitarian initiative to battle hunger in 50 countries around the globe.

Dubai, UAE: 16 April 2022 – Dr. Azad Moopen, Founder Chairman and Managing Director of Aster DM Healthcare, has announced a donation of AED1 million to the 1 Billion Meals initiative. '1 Billion Meals' campaign launched on the first day of the holy month of Ramadan by His Highness Sheikh Mohammed bin Rashid Al Maktoum, Vice President and Prime Minister of U.A.E. and Ruler of Dubai, is the largest humanitarian initiative to battle hunger in 50 countries around the globe.

Dr. Moopen’s donation, equivalent to one million meals, is in line with Aster DM Healthcare’s humanitarian efforts to help those in need and supports the UAE’s vision and its grand initiatives to help the underprivileged and undernourished in poor communities.

The 1 Billion Meals initiative, organized by Mohammed bin Rashid Al Maktoum Global Initiatives (MBRGI), is an extension of last year’s 100 Million Meals and the previous year’s 10 Million Meals. In its efforts to provide food aid to those in need, the initiative contributes to the United Nations’ Sustainability Development Goals, especially to achieve ‘zero hunger’ by 2030.

Dr. Azad Moopen, Founder Chairman and Managing Director of Aster DM Healthcare said, “Over the years we have been inspired by His Highness Sheikh Mohammed Bin Rashid Al Maktoum’s visionary leadership and efforts towards upliftment of the society and people in need, locally as well as globally. His efforts have made a positive difference in the lives of millions worldwide while recognizing UAE as one of the most benevolent countries in the world. One of the greatest gifts we can give is to feed a hungry human being— feeding the needy in 50 countries is a mammoth task but Dubai makes the impossible possible. It is our privilege to contribute to the One Billion Meals initiative by His Highness and it is in alignment with our Aster Volunteers programme and other initiatives to help the poor and needy.”

Donors can contribute to the 1 Billion Meals initiative through the following donation channels – the campaign’s official website: www.1billionmeals.ae; bank transfer to the campaign’s account at Emirates NBD, number: AE300260001015333439802. Donors can also opt to donate AED1 a day through a monthly subscription by sending “Meal” or “وجبة” via SMS to 1020 on the du network or 1110 on the Etisalat network. Donations can also be made through campaign’s call center via a toll-free number 8009999.