BACK TO NEWSROOM
Press Releases

Nurse from Kenya builds a school after winning $250,000 prize in Dubai 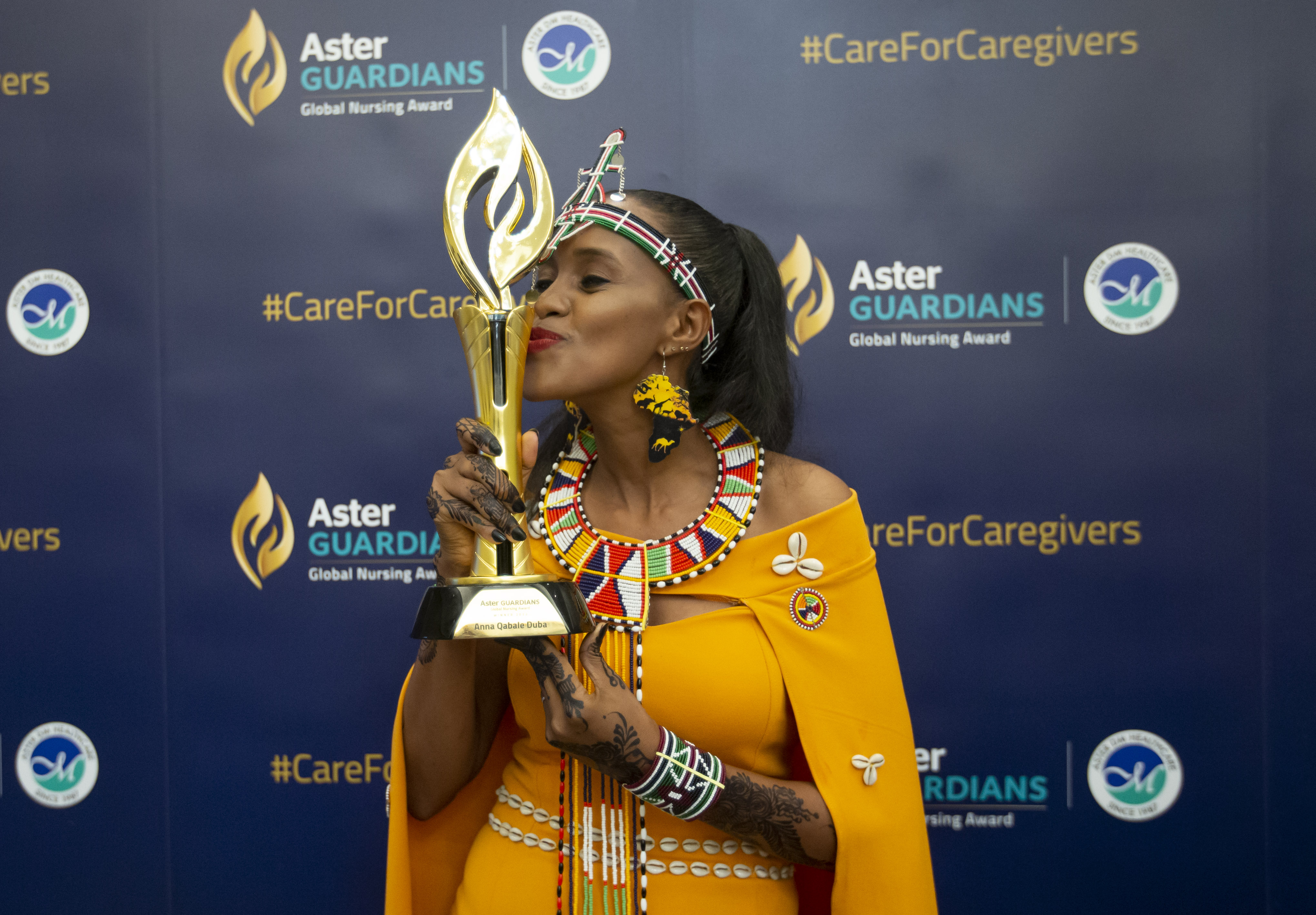 “The Aster award changed my life. I got 40,000 square metres of land from the community, and the construction has begun for a proper school with grades one to eight"

A woman is helping to build a school in a Kenyan village after she won $250,000 in May for being the world’s best nurse.

Anna Qabale Duba, who is from Tuba village in Marsabit County, northern Kenya, won the Aster Guardians Global Nursing Award after a panel of judges championed her work in helping to protect vulnerable women and children in Africa. She is now using that money to build a school in her village.

The 31-year-old mother-of-two, who is the only graduate from her village, said she always wanted to work for the development of her community but did not have the money to do so.

“Financial constraints were always the issue," she told The National. "You have all the ideas and the heart to help, but it's futile if there is no money.

“When I started this school, I began from scratch. There was one classroom made of tin sheets and I could only accommodate six children.” Ms Duba said the situation improved after she won the Global Citizen Award in New York in 2019 and four new classrooms were built.

“The Aster award changed my life. I got 40,000 square metres of land from the community, and the construction has begun for a proper school with grades one to eight," she said. "Currently, we have 160 pupils and we hope to accommodate more than 300 once the new school is ready.”

Ms Duba said she also plans to build an adult literacy centre, a health centre for the village and a hostel for pupils. She said parts of the country have been experiencing extreme weather and recurring droughts. This forces thousands of families to leave their homes in search of food, water and pasture. Their children drop out of school and leave with them.

“There are droughts in the region and there has barely been any rainfall in the last three years," she said. "So, the main challenge is getting these families to live in the same place for a longer time so that their children can get an education." The only graduate from her village, Ms Duba said she understands the power of education in transforming societies.

“As a girl growing up in that remote village in Kenya, education gave me an opportunity. I was able to see the world from a different perspective,” she said. After getting a bachelor of science in nursing in 2014, Ms Duba became a fellow of the US-funded Mandela Washington Fellowship programme in 2016. She also has a master of science in epidemiology and currently works as the co-ordinator for gender issues for Marsabit county.

Her Qabale Foundation in Kenya fights for girls’ education, works to promote communal integration through peace initiatives, and also struggles against harmful cultural practices such as female genital mutilation, as well as early and forced marriages. Ms Duba said she hopes the children also learn to give back to their community.

"I hope the children who benefit from the school and the work we do will have a bright future and will come back to their roots and uplift their people,” she said.